Recently rebranded simply as the “Paris Motor Show”, the trade show reinvented itself this year, probably as a response to many predictions of an event on the way out. Now that the Show is over, it’s time to take stock, to look at attendance figures, new products presented and the innovations proposed by this new edition.

2018 Paris Motor Show: still the largest trade fair of its kind in the world

The organisers of the Paris Motor Show have reason to be satisfied: despite a slight drop in attendance, the great French motorcar meeting drew more than a million visitors. Admittedly, we are a long way from 2004, the year of the record attendance of 1.5 million people. That said, the 2018 edition put in a good performance, especially as the Show lasted only 11 days, as opposed to 17 in the past. Indeed, the 2016 Show, despite lasting an extra week, only drew an additional 5000 more visitors.

The absence of many historic OEMs such as Volkswagen, Volvo and Fiat was also a reason for concern. At the time of writing however, it is clear that the innovations of this new version won over the public. The Motorcycle Show was run in the same place on the same dates, in a new area dedicated to mobility, a focus on future technologies and thematic exhibitions: all initiatives that seem to have given a second wind to the Paris Motor Show.

Result? While he was predicted to die an inexorable death, the Paris Motor Show was able to preserve the essential: remain the most popular motor show in the world. With around 1 million visitors, it is still ahead of the other two main European motor shows: Frankfurt (810,000 visitors in 2017) and Geneva (660,000 in 2018). It must also be said that the erosion of attendance is affecting most automotive events, including Detroit, which is struggling to reach 800,000 visitors. In the end, only the Asian fairs are doing well, breaking new visitor records every year. The attractiveness of Shanghai and Beijing is proof that China is more than ever becoming a major player in the global automotive industry.

The future of the automobile is at the centre of all concerns.

The 2018 edition of the Paris Motor Show brought out another major lesson: the future of mobility was the main concern of the participants during the 17 days of the show. The Paris Motor Show also enabled us to partially decipher the future of the automobile sector. As proof that we are witnessing a real transformation of the market and habits is that fact that electric and hybrid vehicles were omnipresent. And, whilst the exhibition stands gave pride of place to innovations, visitors also took a close interest in the car of tomorrow, particularly with regard to the energy capable of replacing diesel. But the place of the private car, the development of the autonomous vehicle and the creation of new forms of mobility were also central topics.

The exhibition was also an opportunity to answer a crucial question: In the face of current policies to reduce the car pool and promote car sharing, does the Fun of Driving still exist? The answer would seem to be Yes. And, a sure sign that the car still continues to make people dream, the Ferrari stand was one of the most active. With its Monza SP1 and SP2, two supercars of incomparable design, the Italian manufacturer proved that the car remains above all emotional. Another star of the Show was the Peugeot e-Legend; the French concept car had the public crowding around. So, while the automobile is rationalizing and changing as the times change, the passion seems to be as intact as ever.

New Models as the recurring theme

If the Paris Motor Show 2018 was a success, this is largely thanks to the exhibitors who played the game. So much so that the public almost forgot the absence of Ford, Volkswagen and other Nissan. This was particularly the case of PSA which unveiled many models especially for the occasion. And, whilst the e-Legend was the main attraction of the stand, other models made a strong impression, including the DS3 Crossback and the Citroen C5 Aircross. The German manufacturers were also determined to make a name for themselves. Between the Mercedes EQC, the Audi Q3 and the Porsche 911, new models from across the Rhine also contributed to the success of the Show.

The new exhibits were warmly welcomed by the public. Mythical Roads, held in Area 5, was an opportunity to plunge back into the legend of the automobile and discover the most emblematic models in history. A nostalgic interlude that meshed well with an innovation-focussed Show. Making the Motorcycle Show part of the event also drew a new public, breathing new life into the event. Area 3 was an opportunity for 2-wheel enthusiasts to discover the Kawazaki ZX10R, the new Suzuki Katana and the Harley Davidson FDXR.

A few VIPs had the chance to enter the Mondial Limited, an exclusive area reserved for customers of prestigious brands; on display were the Lamborghini Urus, the Infiniti Project Black S and, of course, the Bugatti Divo, of which only 40 have been built, and which had already been sold before the end of the show. Another novelty: the test drive centre in the Place de la Concorde. From 4 to 14 October, a dozen green vehicles could be tried out free-of-charge. It was an opportunity to really become familiar with electric, hybrid and even hydrogen vehicles. In total, more than 6000 test drives were carried out and drew the greenest fringe of motorists. These great initiatives helped revitalize the event. All of which leads us to believe that the Paris Motor Show is not dead and that we can certainly expect its return in 2020. 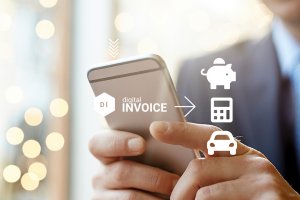 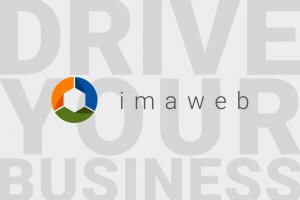